Home » About Us » New CEO Announcement

We are pleased to announce that the EA Networks Board of Directors has appointed Roger Sutton to fill the role of CEO, commencing 3 February 2020. Roger is replacing our current CEO Gordon Guthrie, who will be beginning his retirement on the same date. 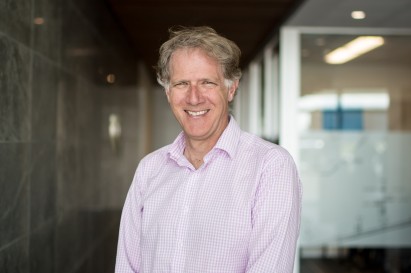 Roger’s credentials in governance, and his previous experience in leading Christchurch-based electricity lines company Orion and The Canterbury Earthquake Recovery Authority (CERA) left him as the obvious choice to become our new CEO.  We are delighted to have someone of his calibre join our EA family.

Roger has most recently been serving as an Anglican Missioner and as a professional director on a number of electricity line boards in both the North and South Islands, including for EA Networks. He will be relinquishing all of these roles to concentrate fully on his new CEO role in 2020.

We are grateful to our retiring CEO for the 44 years’ service he has given our organisation.  Starting with, the then Ashburton Power Board, as a 16-year-old electrical apprentice and for the last 20 years as CEO, Gordon has been an invaluable member of our EA team.

Gordon successfully led many complex projects for our business such as rollout of the near complete 66kV transmission network, partnering with the Barrhill Chertsey Irrigation Scheme, undergrounding cables and restoring power to consumers through extreme weather conditions, not least of all the snow of 2006; all of which has been approached with his ‘let’s get on with it’ attitude.

Over the past 15 years Gordon has also delivered consistent profits to you, our customer shareholders and grown nett infrastructure assets at a compound 9% - leaving the organisation in a strong position for Roger to come in to.

EA Networks is confident that Roger will take the ever-changing challenges of this exciting industry within his stride, while adding his own flavour to our world-class organisation.

Keeping the lights on in Mid Canterbury.

Do your thing faster with fibre.

Keeping you safe around our power network.